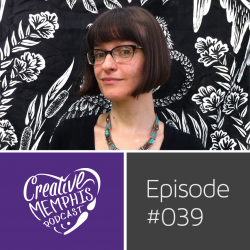 Michelle Duckworth’s illustrations are often inspired by fairy tales, but she enjoys sharing those vignettes where you could imagine anything with a whimsical and slightly peculiar slant. We discuss her designing sets of Opera Memphis, classic client talk, and traversing artist markets in Memphis. Catch a ride and enjoy as she explains the adventure.

END_OF_DOCUMENT_TOKEN_TO_BE_REPLACED 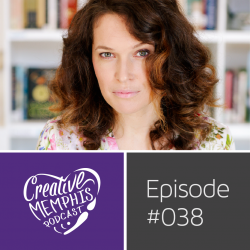 A homegrown dreamer that moved away in the midst of college times and other-than-Memphisly exploration, Melissa and family came back out of necessity, but found a different city. People were breathing life into their crazy ideas and that showed hope for making her dream of film making happen. Not in L.A., but in the big 901 instead. First “John’s Farm” in 2013 and this year with “The Department of Signs and Magical Intervention” which you can catch at this year’s Indie Memphis.

Melissa Sweazy.com
John’s Farm: vimeo on demand
DEPT. OF SIGNS AND MAGICAL INTERVENTION TRAILER
Dept of Signs be shown in the Hometowner Narrative #1 during Indie Memphis
Nov 4, 6 – 8 PM, at the Halloran Centre for Performing Arts