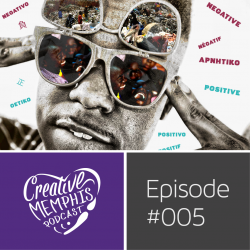 Marco Pavé comes onto the podcast for in depth conversations about Memphis issues involving poverty, change, racism, social preservation, Gil Scott, and Churches+Beer. Born and raised in North Memphis where his life was affected by the culture and city around him Marco is responding in his own way towards the standards of Memphis today. Chasing his dreams and practicing for years on end have lead him to the current precipice where he’s working hard to make something for himself in the city he loves.

“There is a rebirth brewing on the Memphis Hip Hop scene and Marco Pavé, is poised to lead the revival. This born and bred Memphis native is an amazing lyricist with a distinct style and charisma that appeals to the triple crown of rap enthusiasts: the purists, the radio lovers and the eclectic hipster. With a laid back demeanor that contradicts his energetic music and performance style.”

END_OF_DOCUMENT_TOKEN_TO_BE_REPLACED 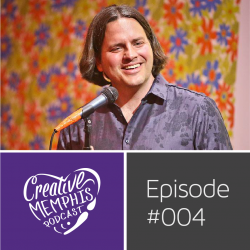 Josh Campbell, Storyteller of Spillit Memphis talks about his history and growth towards storytelling, Memphis cultural growth, Memphis history, and the unnecessary divide between East Memphis and Midtown. You’ll also get to hear about his controversial view on This American Life *gasp*.