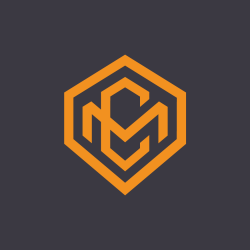 So, right to to the point, Creative Memphis Podcast has retired from it’s regular schedule. If you couldn’t already tell from no new episodes since November 2017. Is May 2018 timely enough notification? No, it’s certainly not, and I owe huge apologies for that.

Second-off I want to thank the guests of Creative Memphis. You were all amazing, every single last one of you. I may have anxiety/second-doubts about having goofed up on my own lines, fumbled rolls-outs, or lost track, but every single guest that came into the Creative Memphis gave their recording every drop of genuine presence, creative finesse, and inspiring charm. For that, thank you. And for your time, I can’t thank the many guests enough, keep in touch for sure.

Why have programs concluded?
Many reasons that come down to I was personally completed with the project already. Things had been in that state for some time, but I was trying to reach across a personal stretch goal, but sadly fell short by a few months.

Aw, damn.
Yeah, I know. Shame, but I take heart in the fact that we ran for 4.5+ years on a mostly rock-solid basis while highlighting 85+ creative and extra-inspiring individuals who each had/have their part to play in a city that is morphing into something new and different.

Will there ever be new programs?
Never say never. There’s still a huge amount of stories to tell, we may not be able to get to them all, but they’re out there and I enjoy the open-ended idea that a whimsical-rush could inspire more episodes at later and irregularly scheduled dates. I urge you to seek out those stories we weren’t able to share and maybe relisten to the ones we did. ^_-

What happens to Creative Memphis in the meantime?
Episodes will remain online, I’ll keep paying for the website and the server space to house the episodes so always feel free and confident to share episodes with those you think could use the enlightenment or inspiration.

What was it like running Creative Memphis?
Crazy. Hard. Crazy-hard? Certainly it began as a new challenge that branched myself and Andrew out into ground we had not tried tackling before. We made friends, learned, pushed ourselves, and had a generally amazing time.

How’s Andrew anyway?
He’s good. NYC treats him well and he knows how to dish-it back when it doesn’t. Reach out to him on Twitter at @witzcreative if you miss hearing from him.

What did you do when he left?
Freaked out. Not too much, but a bit. Then, like CMP had taught me, I turned a negative into a positive and took hold of an opportunity. To the many rotating co-hosts thank you very much for your time and patient attention. I’m a scattered person to work with, but every single co-host was a pro and you all did a wonderful job. So, thanks!

What will you, Billy, do now?
Keep enjoying all the extra time. No, really. CMP on average took up 10 hours a week, practically a part time job, so I’m gonna do some of what I was before, which was spend time with friends, family, gaming, and relaxing. After some hibernation period I hope to start something else for myself, but no strings attached just yet and like any smart creator it’s best not to speak until actually doing something.

But, you didn’t get to my episode?
I know and you’ll never know how much that upsets me. I made a million promises and wishes to the winds that we would one day have an infinite amount of time to get down as many stories as we possibly could. It gives me great discomfort to think that what was made wasn’t enough and that anyone felt left out. We told all kinds of stories from all kinds of people from folk that had expert skill, but no name in Memphis to prodigal children that left and came back with big names and focusing on that multitude makes it all worth it. So to any that feel forgot, you weren’t and sorry we couldn’t get your story down yet.

How DID you choose guests?
Magic. In this case magic can sort of translate as whimsy, but there were also a lot of calculated choices that lined up with upcoming events, trendiness, under-doggedness, and generally alluring stories. So yeah, it was magic.

What were your regrets about Creative Memphis?
Many. Through the project I learned I actually have a large amount of social anxiety, more than I realized, but being forced into a room and constantly sharing with strangers makes you realize all kinds of interesting tid-bits. Another one was that I think I pale in comparison to the guests of Creative Memphis. There are some seriously dope people out there doing some incredible work, work that I’ll never hold a candle to and that somehow inspires me. Crazy.

What did you learn about?
Imposter syndrome.
Besides that? Tons. Too many to innumerate, but here are my two highlights:

– Got an idea for a project? Want to spend a billion hours planning/designing/arranging it? Don’t. GET STARTED. The successful are those that started their projects while ignoring that voice that says, “I’m not ready yet”. Don’t wait, waiting leads to overplanning and anxiety. If you overthink you don’t leave room for improvisation an hugely important component of any project and the more time before you put yourself out there the more time for you to doubt that it’s worth doing or doubt own part in it. Just get started.

Be good and genuine to people, especially in Memphis. Memphis has many consistent traits, one of it’s better ones is the fact that Memphians are genuine with you. They’re happy to share with you the good and the bad and if you’re genuine back to them they’ll actually focus their attention on you, not pass it over.
There is a lot more, but in honesty I think those two points are all you need. Don’t wait too long to start a project, it’s a waste and Memphis is the kind of place that shares with you so you better share back.

And finally thank you to the listeners. From the one-timers to the constant rehashers. Each one of you decided these people were worth your time and I can’t agree with you more. Thank you for taking the time to learn about creativity, Memphis, books, process, anxiety, passion, success, and failure. There are a great many teachable moments to understand in life and listening to the stories of others is a truly humbling experience. Never stop listening to others and that great connector will be your success.